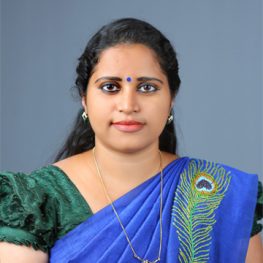 Febi Abraham is an Assistant Professor, and also the Head of Department, English at RVCAS , Vengoor, Kerala. She did her graduation, B.A English Literature ( Honours) in Don Bosco College, Maram, Manipur securing First Rank in Manipur University in 2011. She did her post-graduation, M.A English Language and Literature at St.Thomas College, Palai, Kerala and cleared UGC NET during the second year of post-graduation. She has 5 years of working experience which includes Guest Lectureship in CUSAT and also as a Skill Development  Executive in the project ASAP by the Government of Kerala. She has written an epistolary memoir, ‘Golden Words with Love- Letters to a Hosteler Daughter’. She has 6 International publications and two National publication.

Previous Next
Close
Test Caption
Test Description goes like this